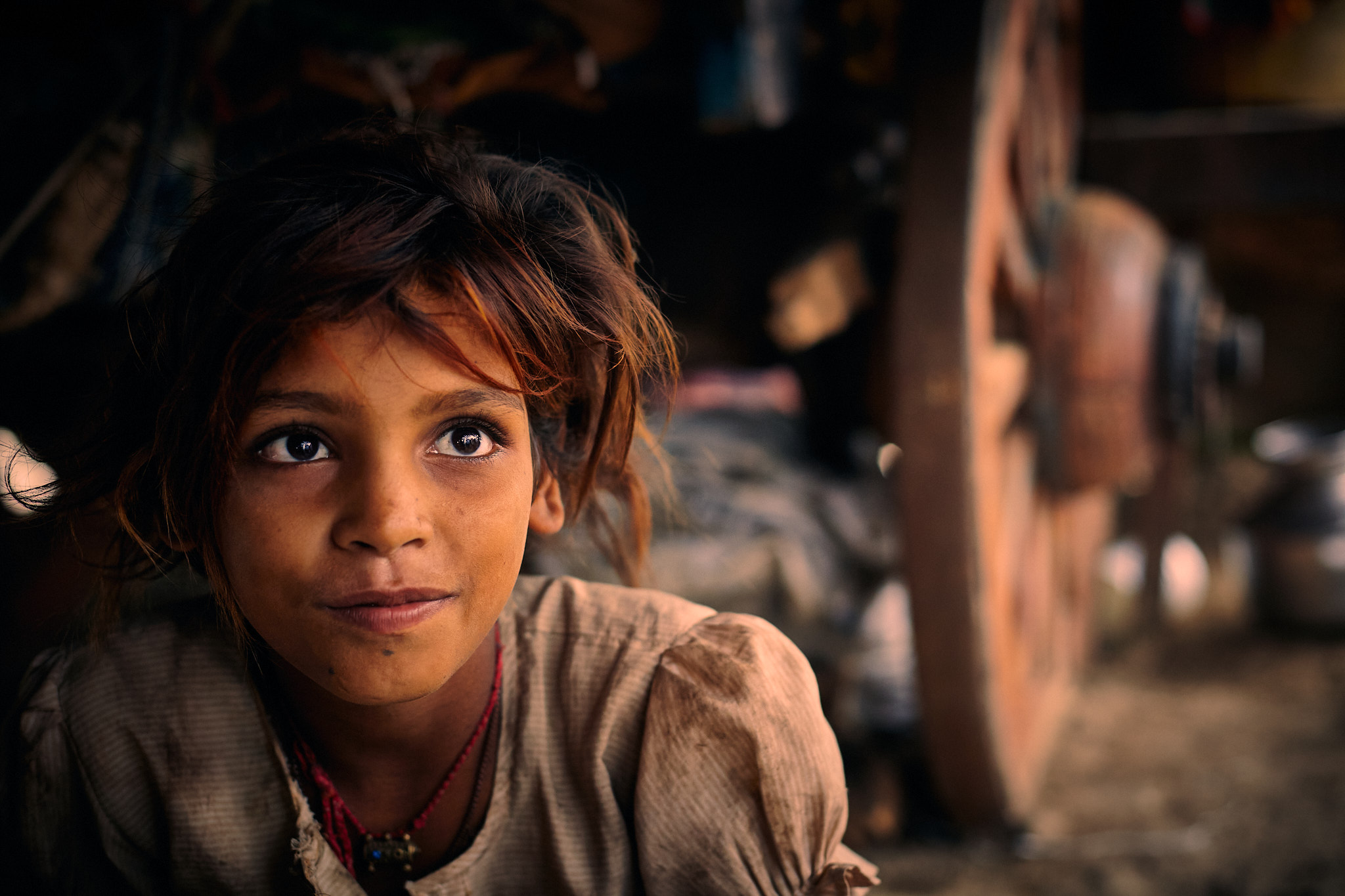 We stayed at Luna’s Castle for a little while in May 2010 and we had a blast in Panama. The old city was so beautiful that I wanted to buy a building and stay there forever, but we made do with the hostel instead. Their backyard party area was as antisocial as you can imagine, with the band and music playing for hours, night after night. We arrived during a particularly tense standoff with their neighbours, and after putting up with several days or more of what you see in the picture, the neighbours found the loudest stereo they could, put it on the terrace facing the hostel, and blasted out traditional Panamanian music 24/7 for three solid days. Everyone in the hostel was ready for an all-out war - well, if they could only get some sleep. The sound reverberated throughout the hostel and drove people insane. I sympathized with the locals and had brought earplugs in my standard equipment. 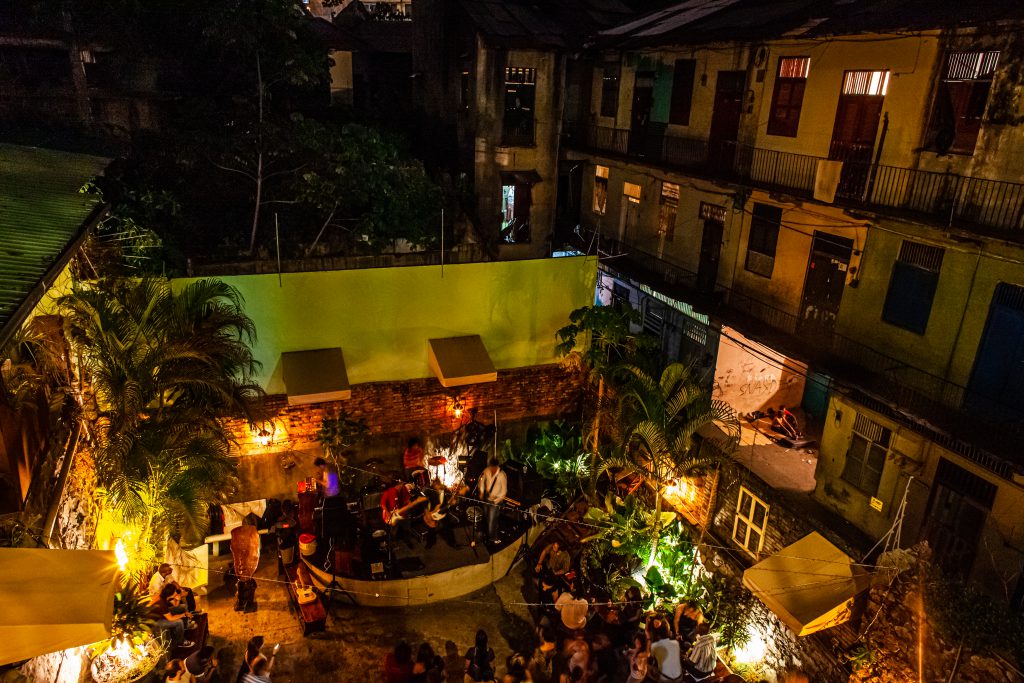 Everything: complexity in images

I wandered around the RFH with my old pal Mandy, showing off the scope of #humanity present in the wonderful building, and indeed, capturing the evolution of lives in one picture, from the #smooching #couple to the aspiring #dancers.

I used this picture in my LIoP talk a few weeks later when explaining how to improve pictures through complexity. 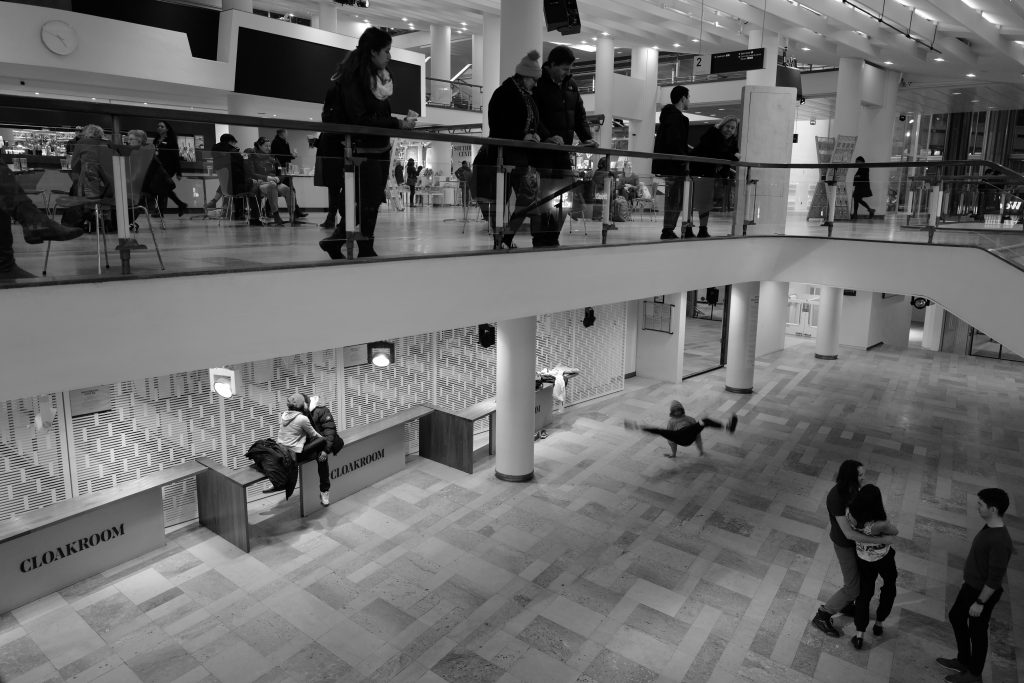 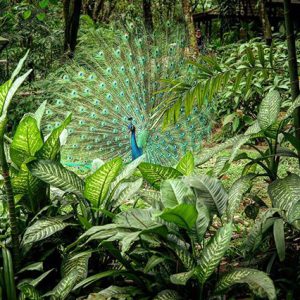 #SPOTTHEPEACOCK: never would have thought a #peacock could walk past almost undetected. #wildlife #forest #hawaii 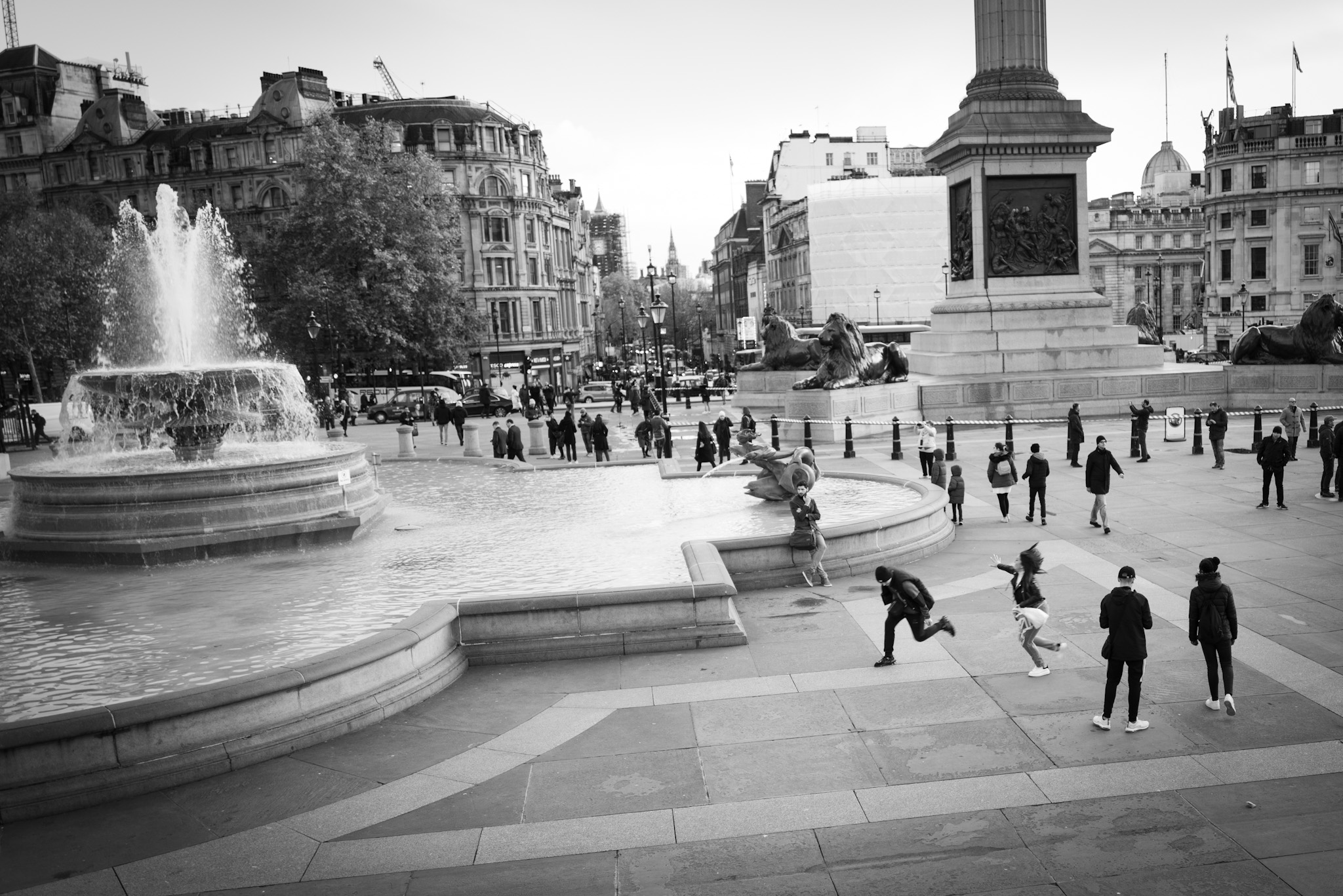 Or, more likely, one guy teasing his girlfriend. Either way:

1. Photos are seductive and we like to add our own explanations to them that are likely wrong.

3. It’s good to just wait around and watch. 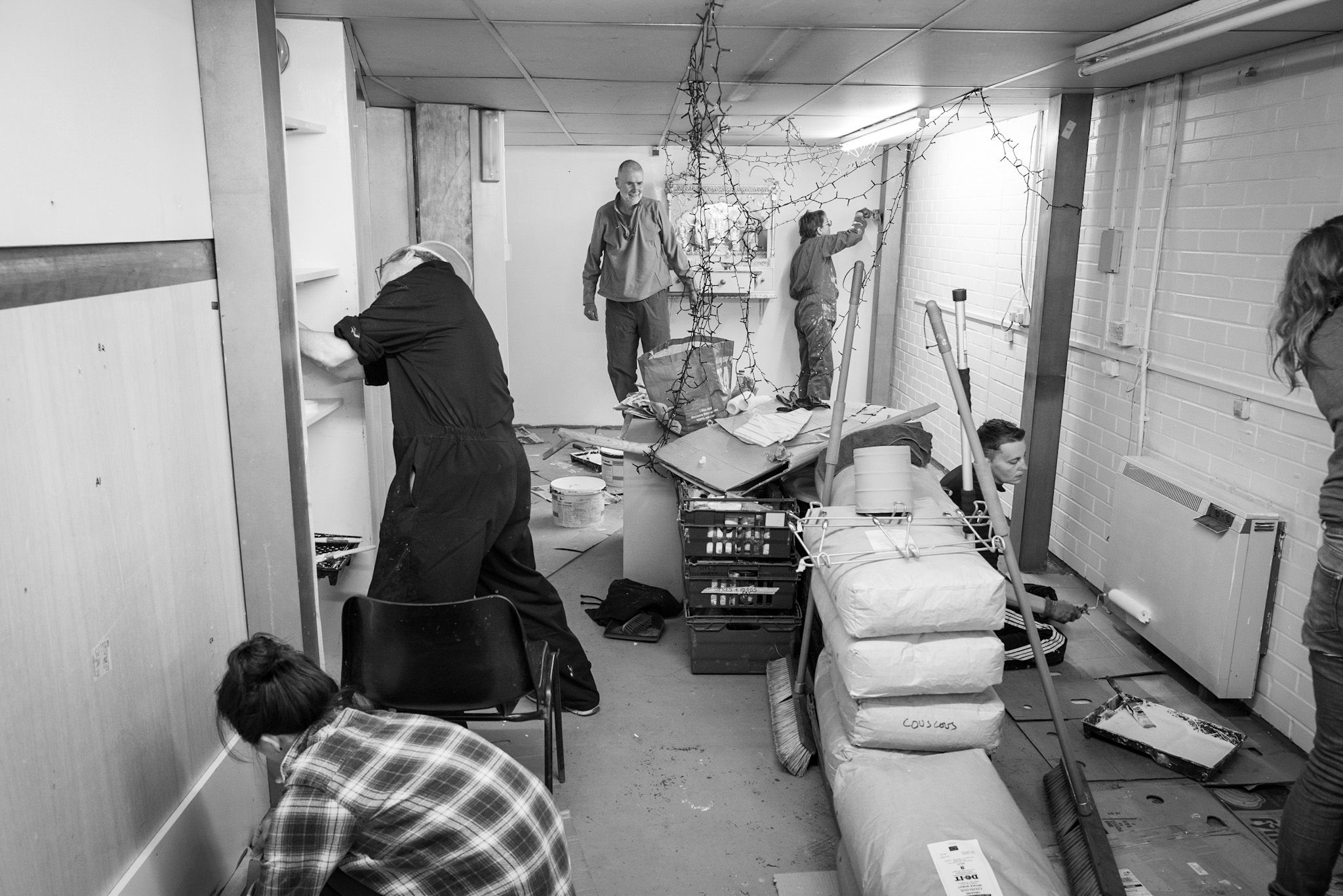 During the Autumn rebellion - Extinction Rebellion, that is - Krishna’s Castle fed tens of thousands of people every day. They’re wonderful, and in return the call went out for volunteers to help refurb their kitchen over a couple of weekends in November. Plenty of us heeded the call, I took some snaps in between bouts of painting and before I was whisked upstairs to cook for the other volunteers myself.

They’re based in the heart of London, under everyone’s noses, and you can find out more about them here. 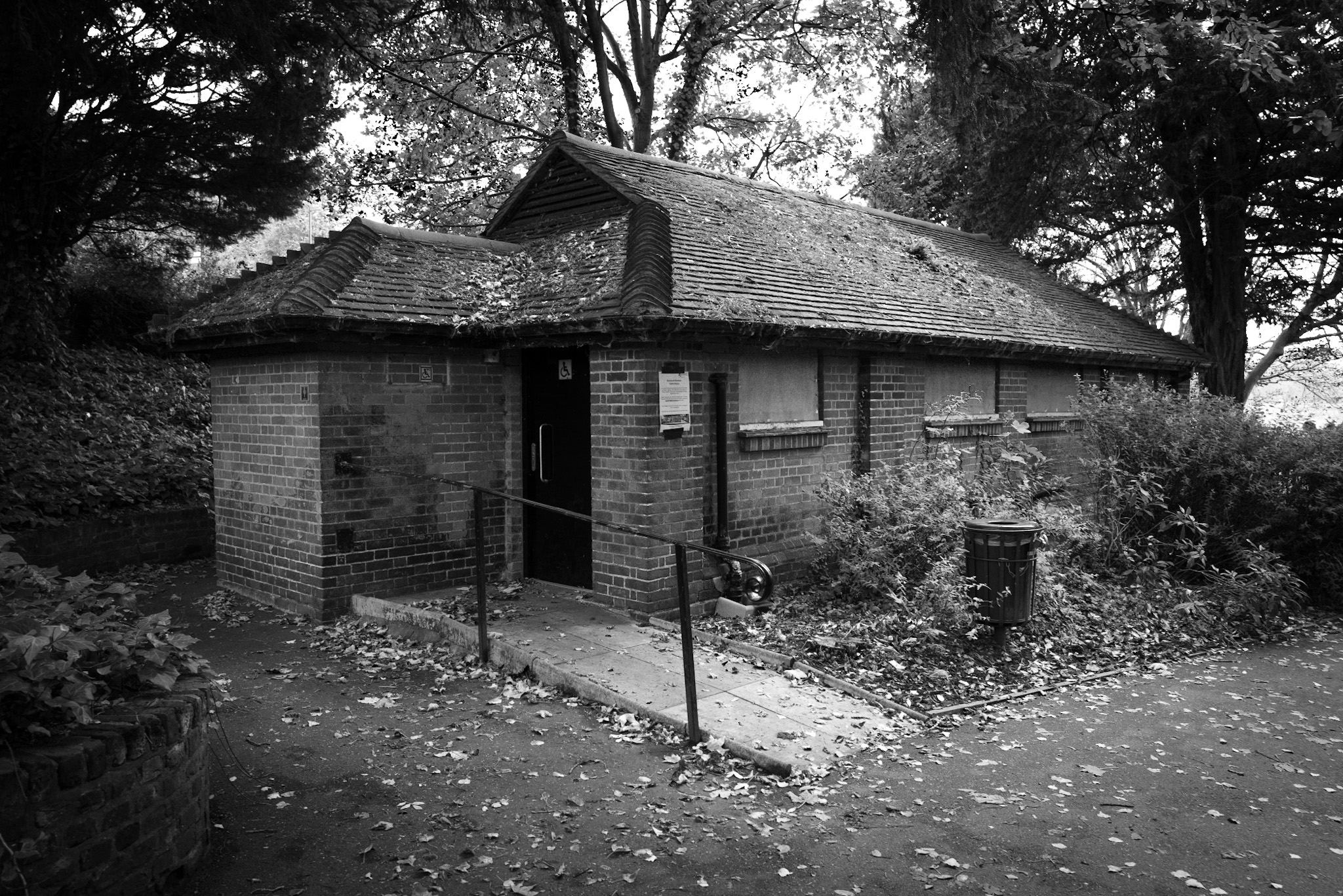 Richmond Council asked everyone if they thought that the public loos here ought to be redeveloped into a cafe (with loos) and the answer was a resounding yes. Work has already started and there’s a big fence around this now.

The proposed layout of the new reconfigured block is here (pdf).

Expected opening Summer 2020. I look forward to it. Will make that corner a tad busier. 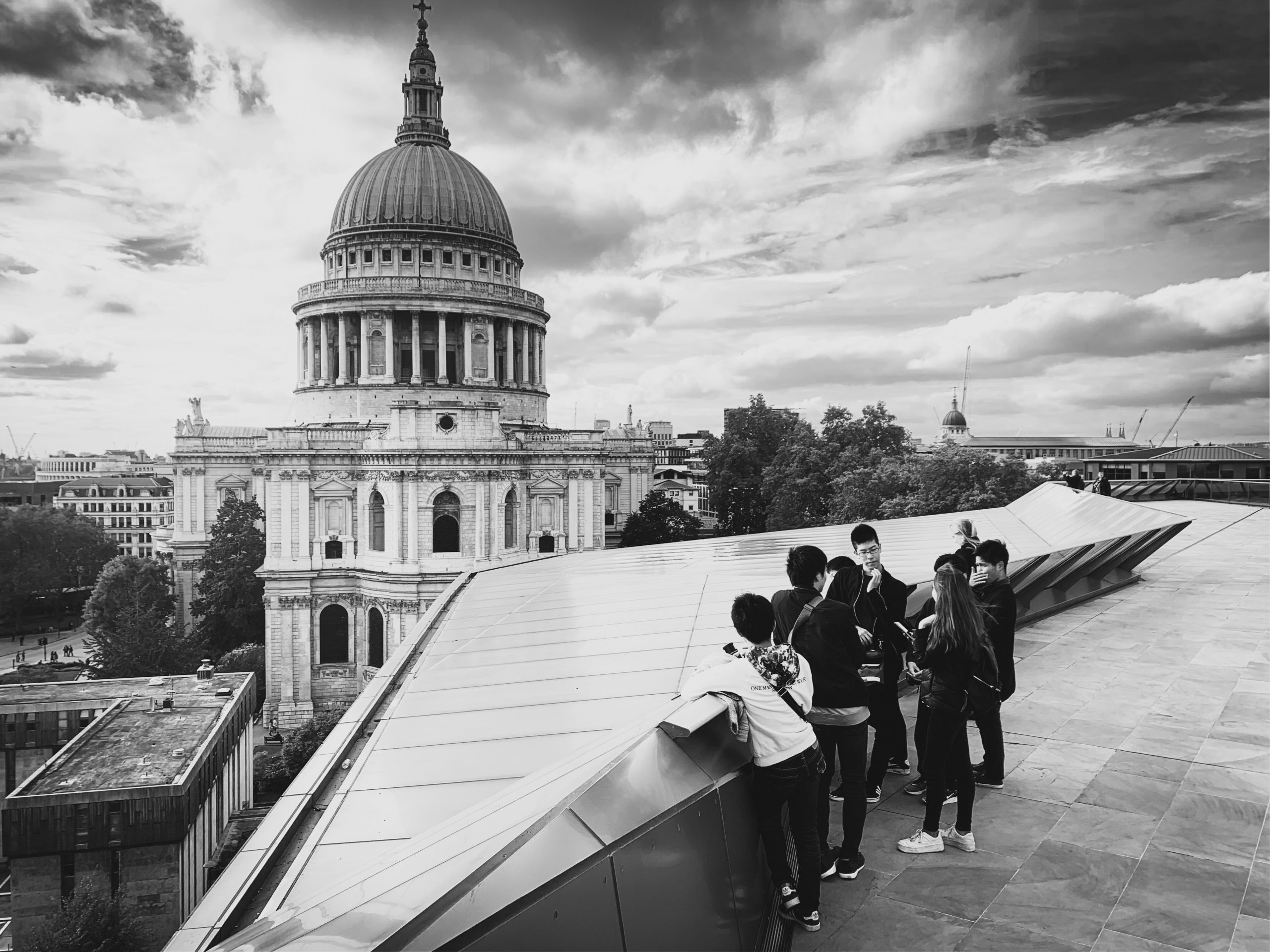 Catching the very last of the summer heat on the roof.

So there’s a dozen anti-suits parked in Martin Place framed by a pile of sleeping bags, protest signs and placards, and a stall serving food. Oh, and the Reserve Bank of Australia and some financial skyscraper. The anti-suits are complaining, but there’s so damn much to complain about there’s an entire taxonomy for all the placards and half of them don’t even know all the shit their government is pulling on them because it’s all being done in secret. Like the US treaty that basically exports US-made laws and US-led enforcement onto Australians without giving them a say in it. But here we have two sides with varying senses of entitlement, one side with all the money and power and one side suggesting that they’re entitled to a better world. They must have missed that whole bit about power conceding nothing without a fight. But there’s no fighting, just a rag-tag mob of well-meaning but directionless tail-chasers who aren’t even that anti-suit. But they might be sticking around. 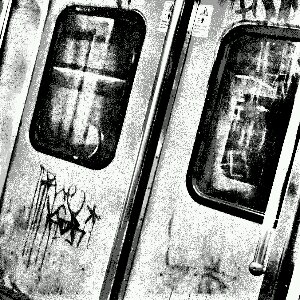 Fear and Loathing on the Campervan Trail, '11

Years before I’d ever met a single Australian, I wondered why the hell anybody would travel all that damn way just to see another bunch of Caucasian Westerners with funny accents, and then I started making friends with Australians in London and wondered why the hell they wanted to travel all the way here. Given their leathery saddlebag skin and all their bitching about the English weather I didn’t expect the Australian sky to look like a used grey dishcloth being wrung out when I touched down on the Gold Coast. And arriving at the hostel to find they’d just been robbed. An inside job. Standing there watching the new arrivals waiting for check-in, watching the cops talk to the dishevelled manager, watching everyone watching replays of the CCTV footage, watching two hooded and masked guys case the joint, head straight for the safe. Some proper fear and loathing on everyone’s faces and so I just turned around and went to make some toast. 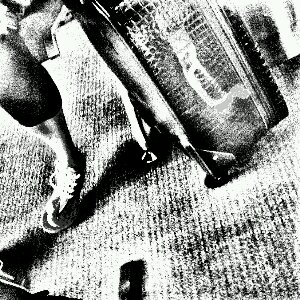 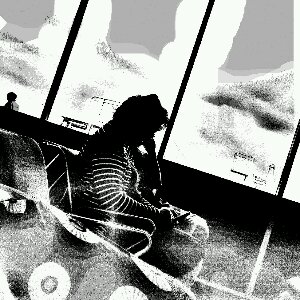